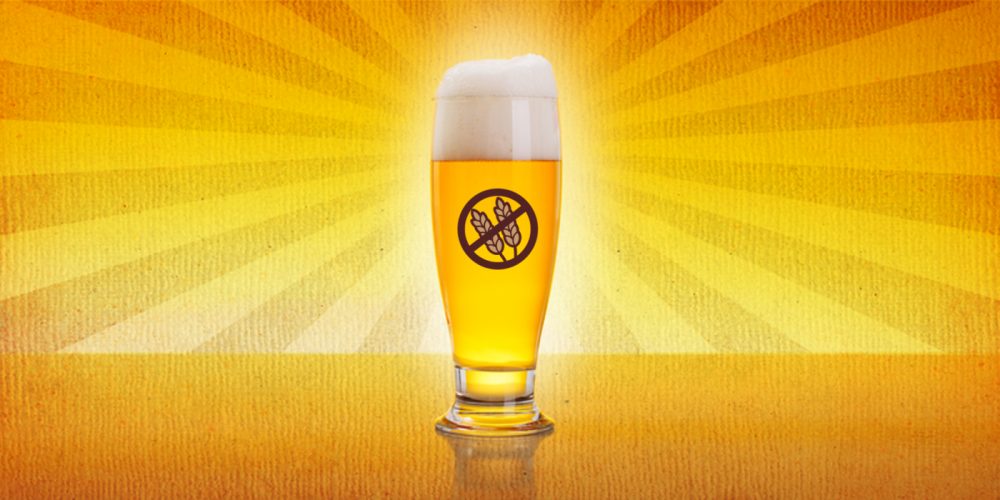 Although gluten-free food and beverages are becoming more mainstream and information about the potential benefits of following a gluten-free diet is plentiful, there is still a fair amount of skepticism. Confusion surrounding terms like gluten “intolerance,” “sensitivity,” and “allergy,” paired with data showing that a gluten-free diet may not be a healthy or cost-effective diet choice for those without celiac disease, has left many wondering if gluten-free will start to fade.

When it comes to gluten-free beer, several signs are pointing to expanding opportunity and continued development.

The Gluten-Free Market is Still Growing

The American gluten-free-products market was worth $2.7 billion in 2018, according to a report by Research and Markets. Everything from cookies and crackers to pasta bread can be found in a gluten-free form. Even beer, which is typically made using water, hops, yeast, and barley —a grain that contains gluten— is evolving to eliminate gluten in certain brews and brands. The Global Gluten-free Beer market is projected to grow at a CAGR of 14.9% and reach USD 651.6 million by the end of 2023.

The growth is being fueled by both demand and the creation of novel products. Products labeled gluten-free experienced an average annual growth rate of 24% between 2013 and 2017. The Gluten-Free Certification Organization (GFCO), reports significant growth in the number of food and beverage products and manufacturing facilities undergoing the certification process. Continued growth signals rising awareness and opportunity for even more new entrants in a still-developing market.

Gluten Awareness is On the Rise

Celiac disease affects around 1% of people in Western countries, according to figures from the World Gastroenterology Organization. There is no known cure for celiac disease, and people diagnosed with celiac disease have to follow a gluten-free diet for the rest of their lives. In August of 2019, scientists identified a biomarker that could make identifying celiac disease with a simple blood test a reality.

But it isn’t just people with celiac disease who are seeking out gluten-free. The gluten-free trend aligns with the overall increase in focus on health and wellness when it comes to food and beverage consumption. According to Ingredion, 46% of consumers eat gluten-free for reasons other than intolerance or sensitivity.

Consumers are more label-conscious and looking to achieve several nutrition and health goals with their food and beverage choices. From digestive health and allergen avoidance to weight and energy management, consumers are making beverage choices to align with the diet they perceive as most beneficial for their health and wellness. According to 2016 research by Mintel, Millennials (67 percent) are more open to trying foods made for specific diets (e.g., vegan, paleo, gluten-free) than non-Millennials (40 percent).

As more brewers experiment with gluten-free beers, the methods for producing themand the products themselves, are advancing. Gluten-free beer typically substitutes barley, wheat, or rye with other grains that don’t contain gluten such as sorghum, millet, rice, quinoa, buckwheat, and oats. Initially, many brewers relied on sorghum, which tends to have more of a sour flavor. As sources for more varieties of grains have emerged, like Grouse Malt House, which offers a range of malts and roasts from a variety of gluten-free grains, brewers have moved on to different flavor sources and combinations. People are using everything from dry hopping, wild fermentation, and barrel-aging to bring new gluten-free beers to life without the use of barley or wheat.

In order for gluten-free beer to be successful, brewers must continue to focus on taste and quality as well as accurate testing.  In an increasingly competitive market, gluten-free beers must meet the same standards as other beers and beverages. Gluten-free products and the gluten-free category itself will not survive without the creativity, and attention to detail customers have come to expect in their beers.

Accurate and precise testing is also becoming a critical component of gluten-free success. Certified products, which display a logo featuring “GF” inside a circle, must meet the GFCO’s standard of 10 parts per million (ppm) or less of gluten. The FDA and TTB threshold for declaring a beer to be gluten-free is 20 ppm, but each individual’s sensitivity to gluten is different. The preferred method of testing for gluten is the ‘enzyme-linked-immunosorbent assay’ (ELISA), which uses antibodies to detect the components of gluten protein. As of today, ELISA is the only method that is approved for fermented products. As consumers become more educated about their individual needs, providing timely and accurate testing information will be increasingly important.

The market and consumers are primed for more entrants into the market for gluten-free beer. With creativity and a tight focus on quality production and testing methods, there is an incredible opportunity to develop the next successful gluten-free offering.