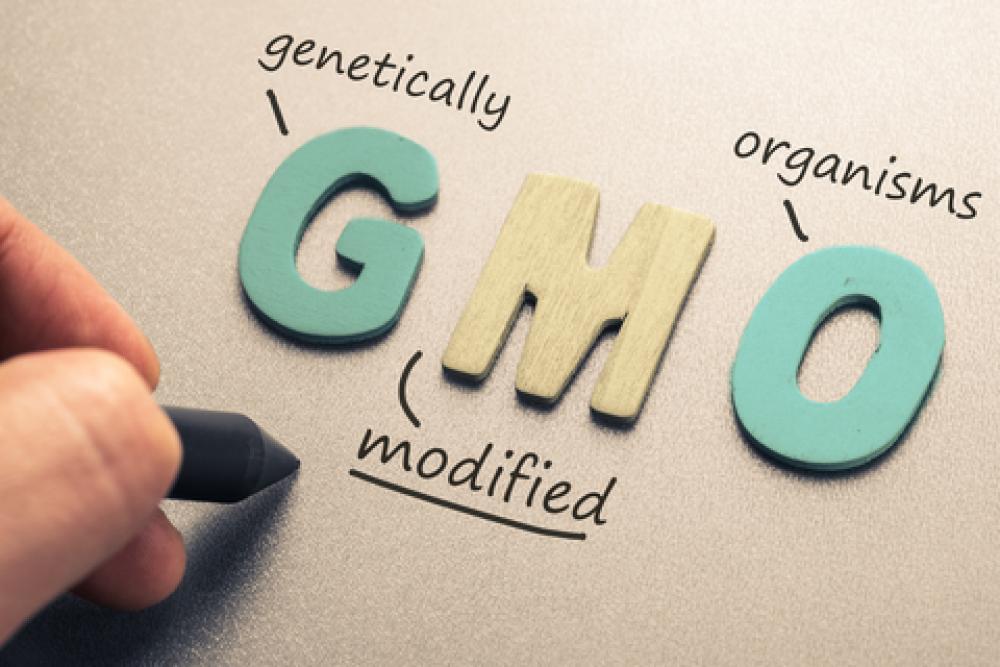 Whether you’re a beverage entrepreneur or a mom shopping for the family, you’ve probably heard about GMOs.  The debate surrounding GMOs has a long history muddled by misinterpreted science, well-meaning activism, and a general lack of public understanding.

At the same time, consumers are becoming more aware of GMOs and whether they have a place in the midst of a health awareness and functional foods boom.  Today’s market trends, forthcoming government mandates, and customer advocacy are encouraging more companies to seek non-GMO food sources and provide appropriate labeling to make the distinction between GMO and non-GMO-based foods.  Clean label brands  are ripe for growth, but for many consumers and beverage brand owners, GMO is still a mystery.

In the purest interpretation, a genetically modified organism -- or GMO -- is an organism that has had its DNA altered or modified in some way through genetic engineering.  While this has a wide variety of uses, like creating herbicide-resistant and high-yield crops, GMO creation is often done by taking the DNA from one organism and transferring it to another.  This practice has seen great success in the agricultural industry and has also been used to breed goats that produce spider silk and animals that glow in the dark.

The Rising Case Against GMOs

According to a Pew Research Center poll, around 88% of scientists believe it’s generally safe to eat GMO-based food while 57% of the general public believes that genetically modified (GM) foods are generally unsafe to eat.

However, for the food industry, GM products have saved millions of dollars in lost crops and produced extra profits from higher crop yields.  Before the GMO debate started, the food industry picked up on the benefits of genetic modification.  According to the American Farm Bureau, in 2012, GMOs contributed to a reduction is agricultural greenhouse gasses equivalent to taking more than 11 million cars off the road.

Now, with the recent shift in consumer awareness toward healthier, functional foods, the schism over the benefits and safety of GMO is picking up steam.  In a second survey, Pew found that 55% of Americans believe organically grown produce is healthier than conventionally grown varieties while 39% consider GM foods worse for a person’s health than other foods.

A Demand for Non-GMO Labeling

Despite mixed feeling and charged emotions on both sides of the GM debate, 93% of respondents in a New York Times poll show strong support for labeling genetically-modified foods, which would give consumers a better 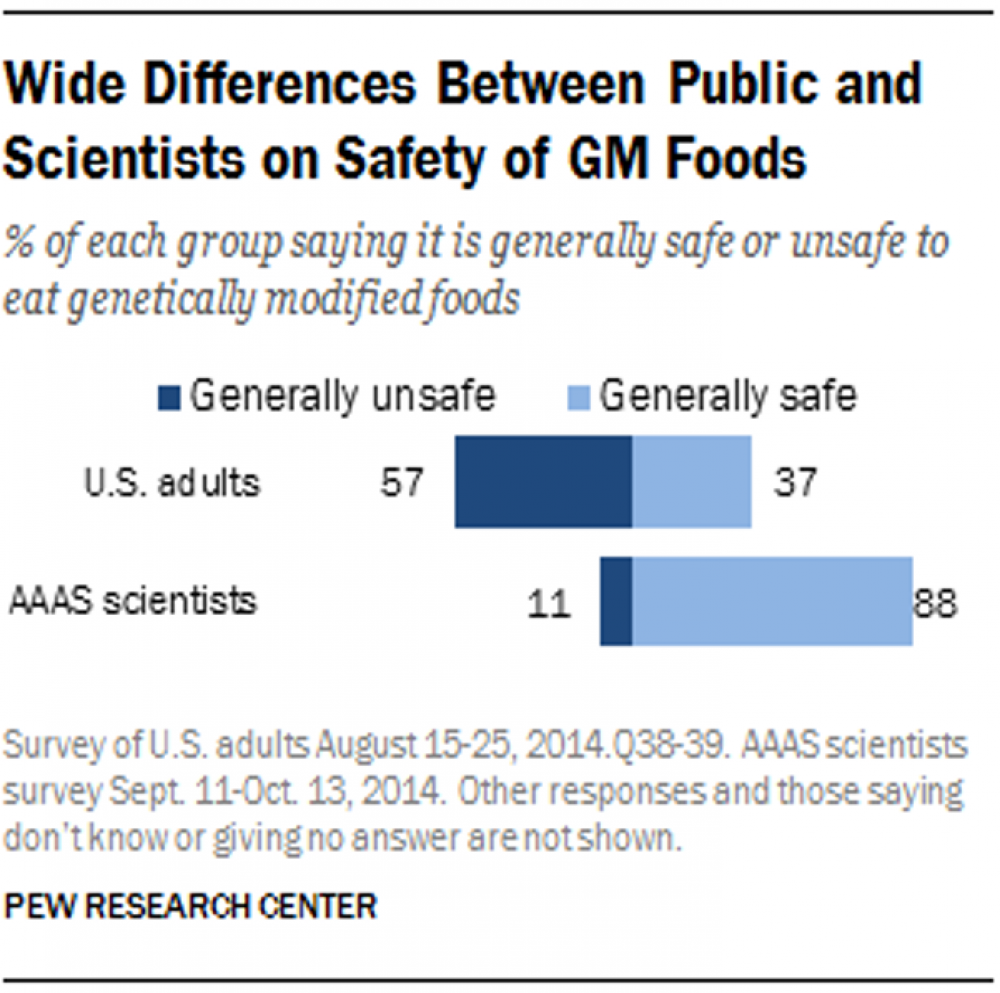 understanding of exactly what they’re purchasing and how it was grown.

As younger generations enter the consumer market and speak with their wallets, the market has responded to the increased demand for GMO transparency, with analysts predicting a market boom in the coming years as global GMO labeling requirements become mandatory across much of the developed world.

If you walk into a supermarket today and start checking the aisles, you’ll likely find two major labels in the natural and organic food space: USDA Organic and Non-GMO Verified.  The first is the certification seal of the United States Department of Agriculture that food was grown organically.  The Non-GMO Project Verification seal is provided by the nonprofit of the same name which advocates against GMO-based foods.

The way that these two labels intersect has caused some confusion in the marketplace. Purely organic products use ingredients that aren’t treated with synthetic pesticides or chemicals and cannot use genetically-modified seeds. Non-GMO products don’t use genetically-modified ingredients, but do not always contain all organic ingredients. Some consumers who are focused on purchasing non-GMO products mistakenly believe that they’re buying an organically-grown product when, in fact, some of the ingredients may have been treated with chemicals. 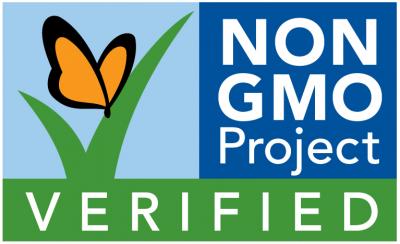 In order to obtain the Non-GMO label, a product has to be certified as containing ingredients with less than 1% genetic modification. That certification must come from one of the four independent technical administrators that the Non-GMO Project has authorized to certify products. The auditors will review all of the ingredients and inputs that go into a product to find any that could contain a modified gene. Ingredients that are at risk to have been modified are DNA tested.

Depending on how many ingredients are already non-GMO verified, it may take several months and hundreds of dollars to get a non-GMO label for a product. Once obtained, product verification must be renewed each year.

But can you label your product as non-GMO without going through the Non-GMO Project? The short answer is yes. You can add an unverified, non-GMO statement to your packaging, provided you have documentation from each ingredient supplier that the ingredients are non-GMO.

The Future of Non-GMO

Even as the USDA is just in the early stages of wrestling with disclosure standards for GMOs, or “bioengineered” foods, the demand for Non-GMO verification is on the rise. More than 50,000 products have been through the Non-GMO Verification Process. One market study on the non-GMO food industry points out that the market itself is poised to grow at a compound annual growth rate of 16.23% from 2017 to 2021.  Regardless of whether the market meets or exceeds demands, one thing is clear: both non-GMO labeling standards and the concerns around genetically-modified foods are here to stay.

Disclaimer: The information in this article is intended to convey general information regarding beverage regulations and compliance. It does not constitute legal advice. This is for informational purposes only, and we strongly encourage you to seek independent legal counsel for advice on specific legal issues.